It was sad news that the ATFCA advises the coaching community of the passing of Bill Jacobs.  Below is a heartfelt message from the Wagga Athletics community.  In fact Bill’s whole family were involved in athletics during his involvement.

Bill ran many coaching courses for the ATFCA in his local area helping many coaches through their initial introduction to the sport and their development as a coach.  He had an enormous impact on athletics over his life time in the Riverina area and gained the respect from anyone he came in contact with. He remained involved in athletics for as long as he could. 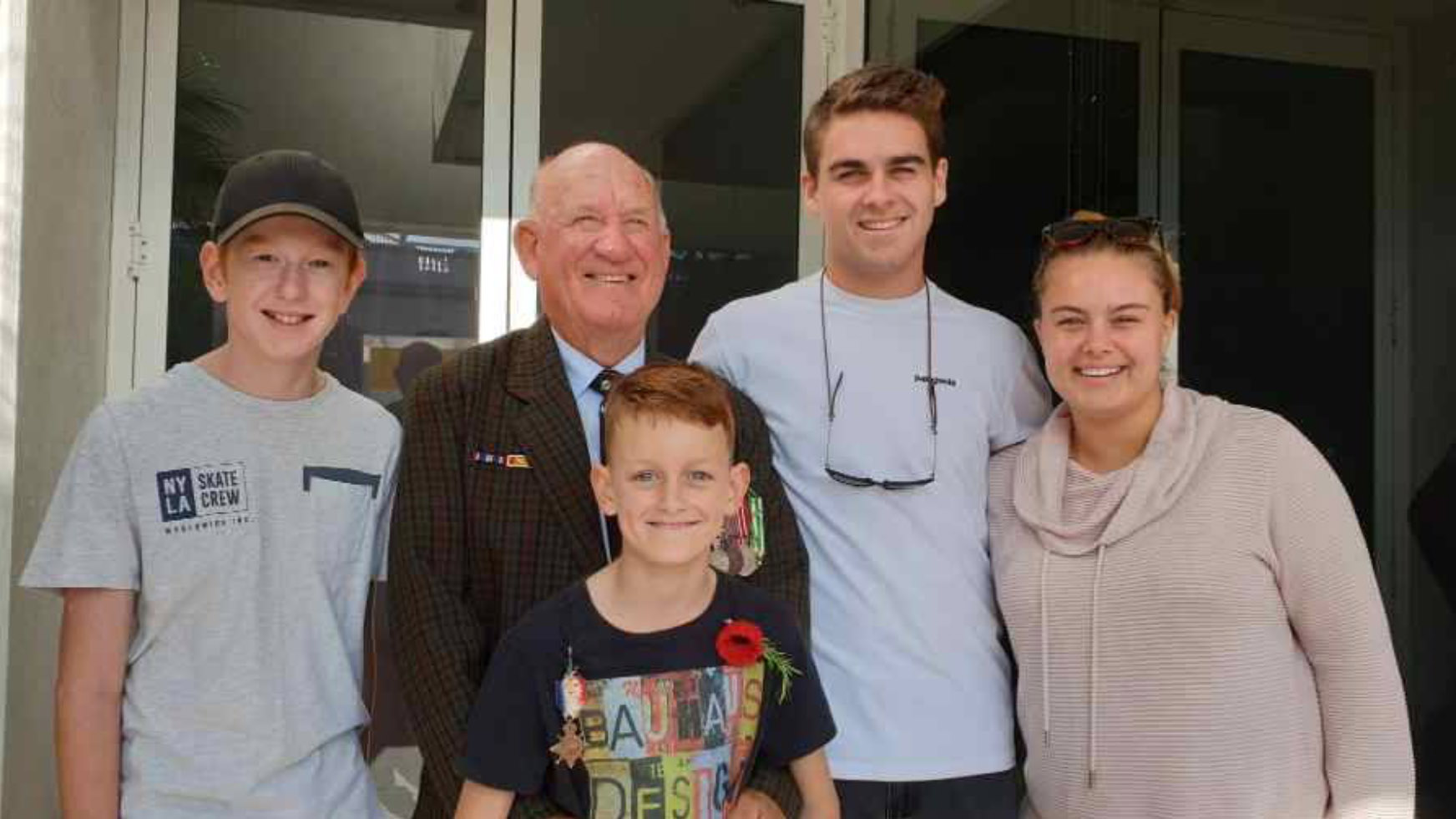 Bill was known to travel many places all over the country to watch his athletes compete.  On one instance, he travelled to the 2018 Cairns Nationals All Schools tso he was there for the night to watch one of his athletes. Such was his dedication.  He gained so much delight from athletes he coached.  Watching their improvement was something he loved.  Bill had a profound impact on athletes of all ages under his care.  His involvement also included their families.   He is definitely a coach who has left a positive and lasting legacy on anyone he was in contact with.  He will be deeply missed.

‘An ideal coach’: athletics community mourns the death of Bill Jacob and remembers his contribution to Track and Field. 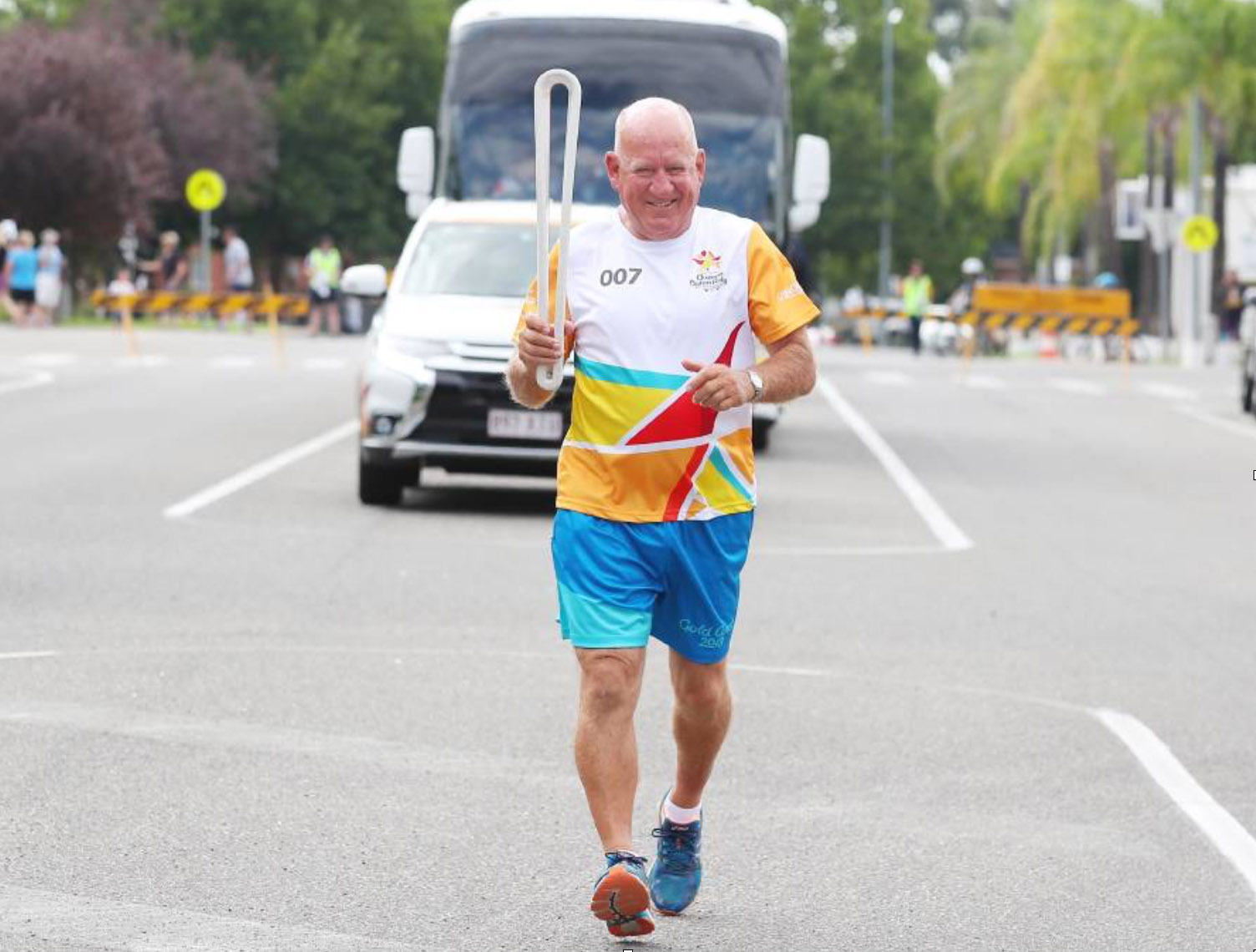 CHAMPION OF THE SPORT: Bill Jacob in Wagga in 2018 after he was invited to take part in the Queen’s Baton Relay for the Commonwealth Games.

“I can tell you, it’s pretty quiet down there now,” friend and fellow coach Mark Conyers said.

“It always used to be that Bill would be down there at 4 o’clock to open the gate. And now he’s not there anymore.”

He had been battling brain cancer for 10 months but his passing was sudden and saddened the track-and-field community in which he’d been a constant presence for more than half of his life.

“There wouldn’t be a child in Wagga that’s done athletics over the last 40 years that hasn’t had a connection with Bill,” Kooringal-Wagga Athletics Club president Stephen Cook said.

“From the club’s perspective, we’re devastated. We’ve lost the heart and soul of our club. He was Kooringal-Wagga Athletics Club.

“He’s been a part of it all the way through and the outpouring of messages and support we’ve received from past members of the club has just been phenomenal.”

Jacob was club president in the 1980s. Before that, he was a founding member, working alongside Arch Ferguson and others at its formation in 1978.

In the early years, it was at Henwood Park in Kooringal. Later, he was among the driving forces behind the development of the Jubilee Park facility.

Drawn to the sport through the involvement of daughters Sarah and Ruth, Bill Jacob never left it.

Wife Robin was also heavily involved, including as first aid officer, and both were recognised for their commitment. The pair shared life membership honours at Kooringal but Robin also shared her husband with the track.

For, though Bill had other interests (he was an accredited hockey and rugby union coach, and played rugby in Hobart, Melbourne, Newcastle, Vietnam, Townsville and Wagga; later, he loved golf and fishing too) the track was where he was to be found of an afternoon, devoting his time to any aspiring track and field hopeful.

“His big thing was the athletics,” Robin said.

“Rain, hail or shine, he’d be there in a pair of shorts!

“He just loved to see the kids improve. He wasn’t always looking for champions, he was looking for personal improvement.”

That was his motivation, she said. To help athletes improve their own performance and grow in self-confidence along the way.

His roles were many: vice-president of the Riverina branch of athletics, the Riverina contact for the Australian track and field coaches association, coaching coordinator representative for the Wagga Veterans Games, and a member of the Jubilee Park development committee, spending many hours building long jump and drainage pits, and shot put and discus pads. He was also invited to carry the Queen’s Baton in the relay leading up to the Commonwealth Games in 2018.

A Vietnam veteran who served with the Royal Australian Air Force during the war from 1970 to 1971, Jacob arrived in Wagga with the RAAF in 1975.

Forty-five years later, he leaves a remarkable legacy and an imprint on many lives.

“Bill was such a wealth of knowledge and so generous in giving his time and expertise to so many kids, for so many years,” Kooringal-Wagga’s Bernadette Priest said.

His passion didn’t stop at club or city boundaries.

Bob Hay’s boys were at the rival Wagga Athletics Club when their father met Jacob at a sports strapping course. Bill said he was a coach and would happily help them.

“Two days later we were up at the track and probably spent the next 15 years up there with him,” Hay said.

The Hay boys benefited enormously from a man who “went above and beyond for athletes all across the Riverina”. 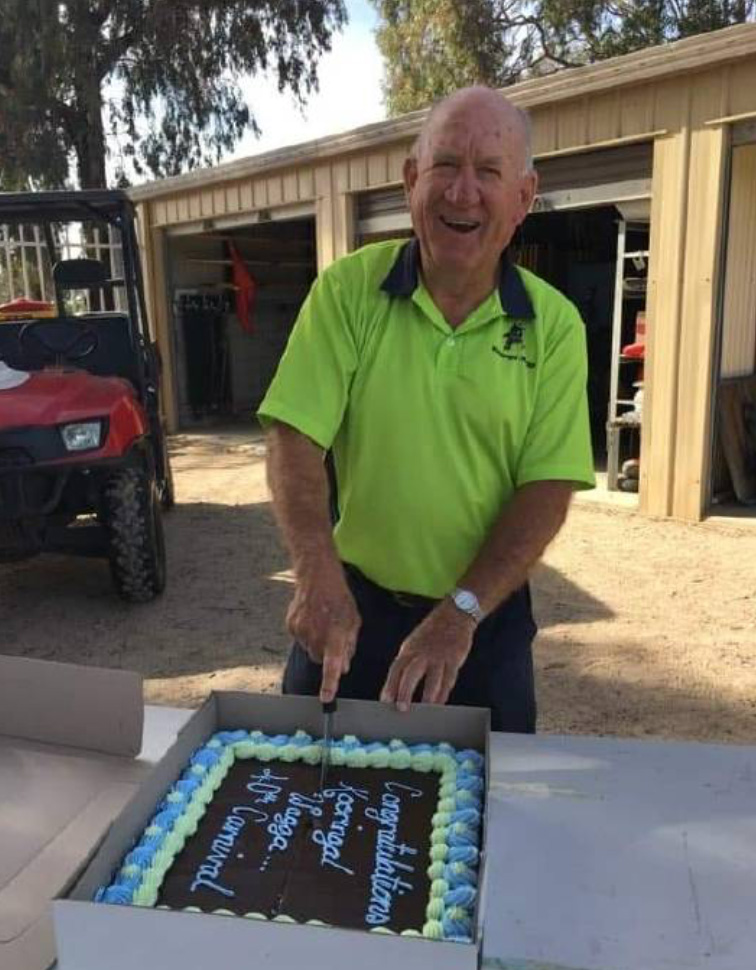 GUEST OF HONOUR: Bill was invited to cut the cake at the Kooringal-Wagga Athletics Club’s 40th anniversary.

Encouraged to take up hammer throw as well as discus, they shone. Nick Hay went on to claim the under 17s Australian hammer title and James finished third the same year.

“He was a good mate and a mentor for me over the years. He was a fantastic bloke,” said Hay.

“I was lucky enough to spend plenty of time with him and he passed on a lot of his wisdom.

“He’s taught me everything I know … when I coach now, I’m only trying to teach kids what he taught me.

“The athletics community in the Riverina is going to be a lot poorer for him not being around.”

Running coach Mark Conyers came to the Kooringal club in 1993 through his own children. Jacob was no longer president but strongly supported the committee and had his heart in coaching.

“He was a man who gave generously of his time, and he was patient,” Conyers said,.

“If it took a kid a while to get the hang of the technique – whether it was discus, shot put or whatever – or when he saw that things were going backwards, he knew when to pull the pin and say, ‘Look, that’s enough. We’ll leave it there and we’ll pick it up next time.’

“That’s a real art… He just had that mature, patient style. And that’s something that doesn’t come naturally to all of us.

“But it was what made Bill a great coach.” 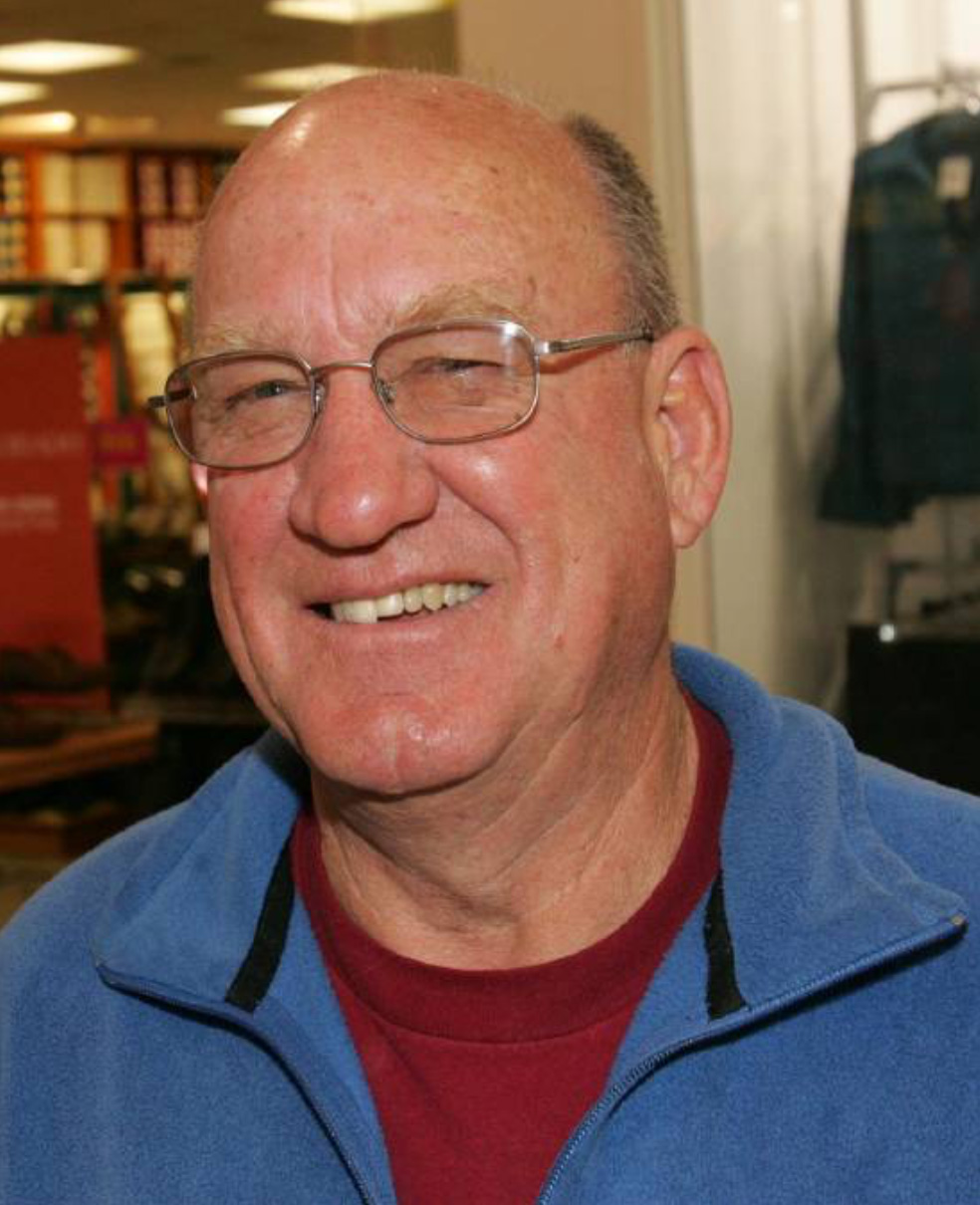 It wasn’t the only art he mastered.

Conyers says had Jacob had enormously diverse knowledge across track and field’s many disciplines. And he had a knack for getting through to kids, whether they were athletes who responded to a ‘platoon sergeant’ barking orders, or a kinder ‘gentle uncle’ approach.

“Bill managed to cross both styles of coaching and that was testimony to his personality. He was an ideal coach.”

Extending his legacy, Jacob helped develop coaches, including organising courses and formal mentoring for others including Conyers and Rosemary Clarke, as they secured their own qualifications.

“He really was our senior coach, in terms of age and experience and versatility but additionally, administratively,” Conyers said.

At the 2000 Paralympics in Sydney, he coached Lee Cox to a silver medal in the heptathlon.

In 2004, he travelled to Canada and Italy to coach Deniliquin’s Annabel Thompson (who was also coached by his daughter Sarah) in the World Youth Games and the World Junior Championships (under 20s) where Thompson won a bronze medal aged just 16.

More recently, he’s had a big impact in the careers of Gerard and Godfrey Okerenyang. He was the first athletics coach for both and they said they woudn’t be where they are today – national junior medallists – without him.

“After going to my first Sydney comp, Bill took me under his wing and taught me the roots to athletics. Ever since we met he has been a mentor to me and my family and someone we will always love,” Godfrey said.

“He was always there if I needed help with any other events, he helped me win my first national medal in the multi event, teaching me all the field events as well as some hurdling.

“Without Bill I would not know where I would be today and I thank him dearly for everything he did for myself and my family and for always being the best supporter as well.” 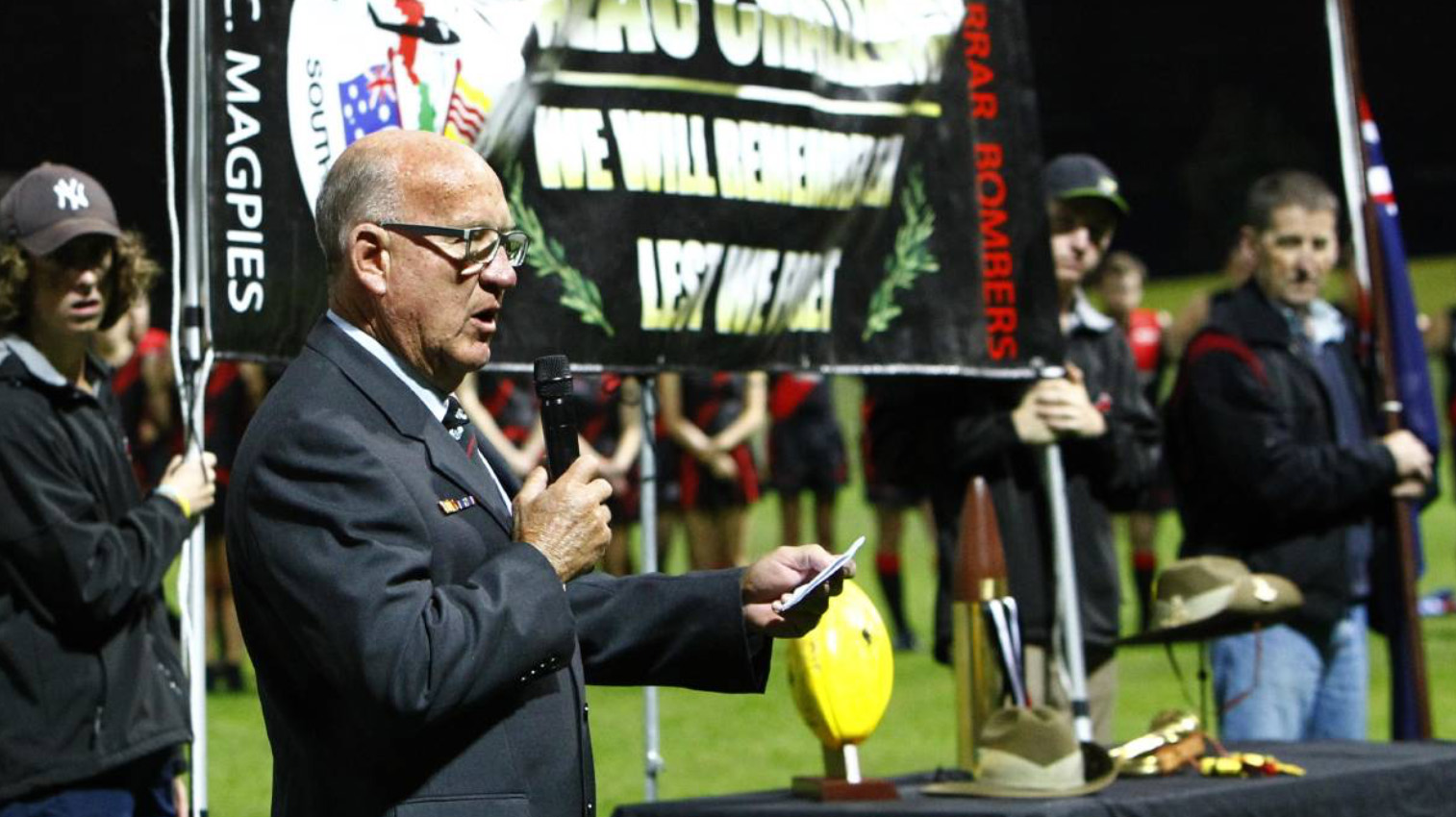 While Godfrey’s strengths are sprints and long jump and triple jump, the coach’s expertise in throwing events was even more helpful for Gerard.

“Bill was my first athletics coach and someone I’ll never forget as he has been a driving force in getting me to where I am today,” Gerard said.

“He has always supported me and from a young age, driven up to Sydney and various other places to coach me.

“He was a very loving and caring person and always good to have a laugh with. He has been a great friend and coach and will always be remembered by me.”

But for the Okerenyang family, like the Hays and so many more, the lasting impact was that of extraordinary support and friendship.

James Okerenyang says he could think of no better sight than Bill Jacob at a major event to support athletes he knew were competing.

“He was very welcoming to us and our family but what I really remember is that every time I was in Sydney, or my wife Catherine was in Sydney, he would be there watching every kid that has come from the Riverina, to support them,” Okerenyang said.

“For us coming from the country to Sydney it wasn’t easy, you needed someone and Bill was always there. Godfrey was often doing the last events and everyone else would have left, but Bill was there. With me.

“And then the next Monday, you’d meet him at training.”

And that was Bill Jacob.

“It was the way he was – he was always about supporting kids. It was never about the best kids. He liked the kids that were committed and wanted to learn. He’d turn up every day whether you could throw the thing two metres or 200 metres. He was just dedicated to his sport and teaching these kids athletics,” Stephen Cook said.

AND BECOME A MEMBER